America and Israel will attack the model of Iran’s nuclear facilities, Photo: File

According to Al-Arabiya News, Israeli and American planes have started joint military exercises in the Negev desert of Palestine, in which more than 140 fighter planes, a dozen ships and missile launchers will participate.

According to Al-Arabiya News, the reports of the newspaper “Times of Israel” revealed that during the joint military exercises, American fighter jets will hit the targets in the Negev desert with 100 tons of explosives.

On the other hand, the American Central Command announced the start of joint exercises with the Israeli army, saying that the purpose of these exercises is to improve the combat readiness of their respective forces to ensure the regional security of both countries.

It should be noted that Israel has threatened to target Iran’s nuclear facilities several times and the Defense Minister even said that if Israel had to do this alone, it would not wait for America.

Next
Analyze USD/CAD ahead of Bank of Canada decision 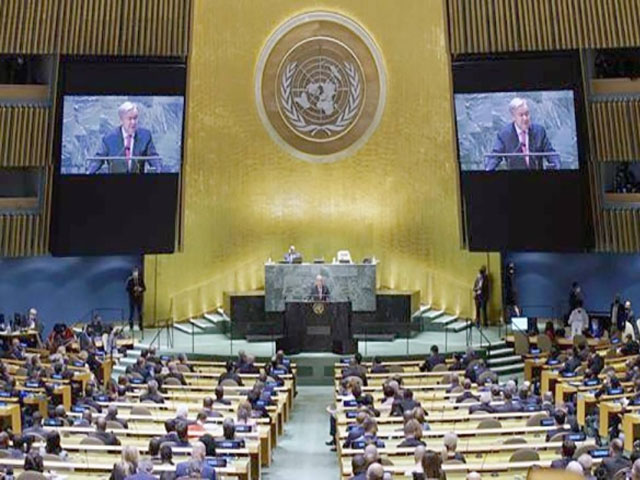 India, France and Japan did not participate in the voting: Photo: File New York: