“Imran Khan has lost contact after the departure of the Prime Minister,” Rameez Raja said.

Chairman Pakistan Cricket Board Rameez Raja revealed in a press conference about the journalist’s question about Imran Khan that Imran Khan lost contact with him. Rameez Raja said that it was not me but Imran Khan who contacted him after stepping down as Prime Minister. Has finished As soon as he left, my contact was cut off. He did. When Rameez Raja was asked if he had blocked, the Chairman PCB nodded in agreement and smiled.

Rameez Raja further said that Prime Minister Shahbaz Sharif is the Patron Enchef of the Cricket Board and asked for an appointment to brief him about his projects. Rameez Raja was considered close to Imran Khan and he was appointed chairman of the PCB by Imran Khan. However, Rameez is still serving as the chairman of the PCB after Raja Shahbaz Sharif became the Prime Minister. 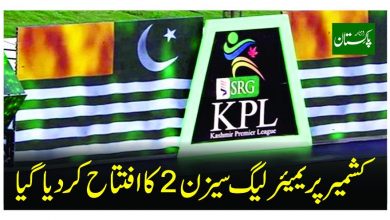