More than two whales were stranded on the beach, Photo: AFP

Perth: More than 200 whales mysteriously got stuck in the sand on a beach in the island of Tasmania, Australia, and a rescue operation is underway to return them to the sea alive.

According to the world news agency, once again a large number of whales got stuck in the sand in the Australian island of Tasmania. Their number is more than 200.

It should be noted that two years ago, 500 whales were stranded on the same beach, out of which only 200 survived.

Wildlife staff are making desperate efforts to save the whale alive. Wet blankets and water are added to keep the whales alive so they can breathe before being released into the sea. 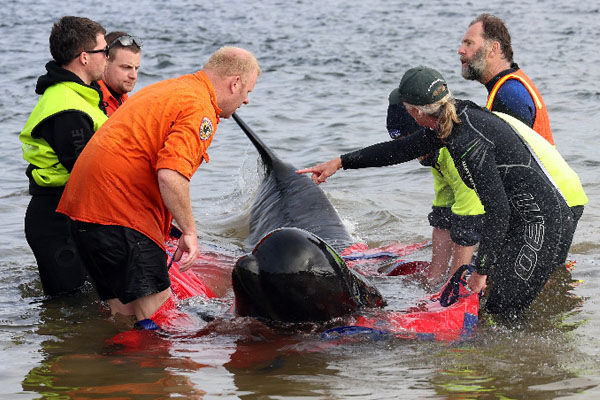 So far, 30 whales have been released back into the ocean, with some surprisingly returning to shore. Crews say only a few of the remaining whales have life left.

The whales stranded on the coast of Tasmania are “pilot whales” that can grow up to 20 feet in length and like to school, which is why they have beached in such large numbers. 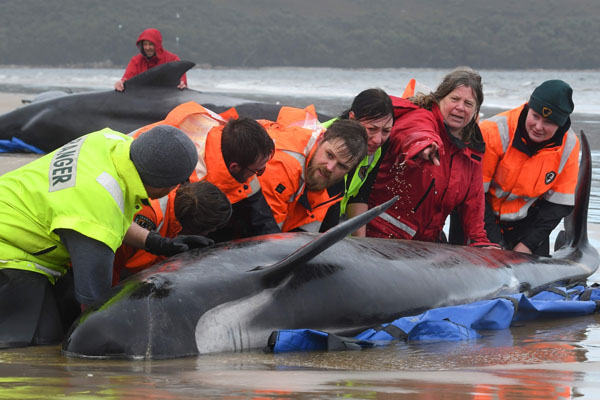 Scientists have so far been unable to determine whether these whales came ashore in search of food and became stranded, or whether it was the result of a joint adventure.