Unusual in Pontivy: a student from the Diwan school writes to Santa Claus asking for a canteen!

It’s a letter very particular and quite unusual which was filed on Monday, December 20, 2021, in the santa claus mailbox, located at Place Anne-de-Bretagne, in Pontivy (Morbihan). A school pupil Diwan simply ask for a canteen. The letter, accompanied by an article, is on the initiative of a few parents of students who “do not want controversy. It’s Christmas. It’s a simple boost to continue to raise awareness on the subject. “

Dear Father Christmas, Mum says that if we believe in you very strongly, all our wishes will come true. And I would love to have a real canteen this year so that all the children are less tired. Do you think you could help me? “, Asks” the child “.

The children of the Diwan school, including the little ones, travel 7 km (round trip) by bus every lunchtime.

“Which causes fatigue in this short time. This temporary situation has been going on for eight years now. And a new year of peregrinations is looming on the horizon ”.

Dad says that 50 years ago we walked on the moon. Whoa, I couldn’t believe it! So why is a canteen so complicated, I asked! “, Continues” the schoolboy “in his letter.

A refresh would suffice

According to the families, almost nothing would be enough: refreshment and upgrading of the space intended to accommodate an in situ canteen. The Skol Diwan Pondi building belongs to the City of Pontivy. So, parents wonder: “It’s far from insurmountable. We estimated the overall cost at 20,000 euros. Rather than a helping hand by the payment of a subsidy, could work by the City not be considered? We continue to raise awareness. Because the urgency is glaring since the pandemic and the increasingly drastic health measures on the canteen service ”.

In his letter to Father Christmas, “the child” continues: “It seems that there is a mayor in Brittany [NDLR. Yann Jondot] who climbed very high on a mountain, 6000 meters high with his wheelchair. Mom says, with willpower, anything can be magical even what you never imagined. So I decorated the house for you Santa Claus, because I know that at least you will hear us “.

Provisional that has lasted for eight years

Until 2013, the children of the Diwan elementary school had lunch in the canteen of the Jules-Ferry school where major work was undertaken by the City to bring together the public nursery schools Quinivet and elementary Jules-Ferry.

A temporary solution was therefore put in place: the transport by coach of children from Diwan school to that of Stival (a transport financed by the City), while the toy library installed in the building that houses Diwan can move into. in new premises.

The official inauguration of the new school group took place in Jules-Ferry in 2015. Then, in the summer of 2017, the toy library was set up on the Quai Plessis at the start of the leisure center.

“But, unfortunately, since that date, the work planned for a canteen in Diwan has not been carried out. Nothing has changed for the children of Diwan who continue their wanderings. A situation deemed unreasonable, which is more costly for the community: 7,000 euros per year for almost 9 years, or, already, nearly 56,000 euros disbursed, “said one of the parents.

Has this article been useful to you? Note that you can follow Pontivy Journal in the Mon Actu space. In one click, after registration, you will find all the news of your favorite cities and brands.

Next
The Asian Development Bank will lend another ارب 1.53 billion to Pakistan

The Asian Development Bank will lend another ارب 1.53 billion to Pakistan

Pastry chef’s achievement, made a telescope out of chocolate 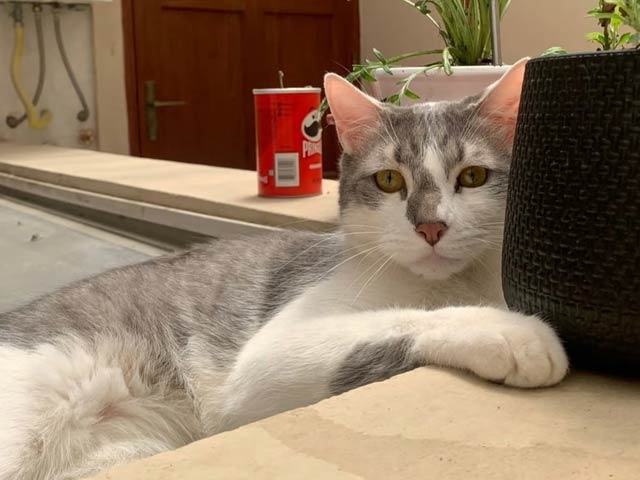 Bolivia’s missing cat, which has become a major problem for the country.

A cat named Tito has been online since December 8, looking for government women, Why does Soud 3 near Grand-Covely often have a strong chocolate smell to it?