Karachi: Daily smuggling and industrial use of thousands of tons of mangroves from coastal areas of the city like Ibrahim Haidari, Korangi Creek among others has been revealed.

The mafia is involved in the cutting of mangrove trees that act as protective embankments during storms, tsunamis and other natural disasters. It was reported that the commercial use of mangrove wood has increased alarmingly, with the wood being supplied to fat-smelting and chicken feed factories located near the coast.

According to sources, one of the most dangerous aspects of cutting these trees is land grabbing, during which mangrove forests are cleared and planted there.

On the other hand, according to the Wildlife Foundation (WF) Pakistan, the area of ​​mangrove forests in the coastal areas of rural Sindh including Karachi is continuously decreasing. 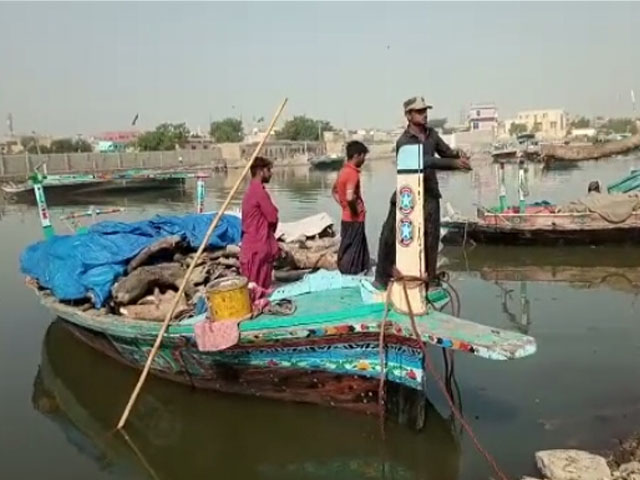 Apart from this, according to the spokesperson Coastal Media Center Kamal Shah, large-scale cutting of mangroves near the city’s coastal areas Ibrahim Hydari, Korangi Creek, Lagi Goth, Kemari, Fati Creek and Port Qasim is going on day by day.

He said that every day thousands of tons of mangroves are being unloaded at different jetties by boats and are being sold in different areas of Karachi. According to Kamal Shah, mangroves in the sea are nurseries where fish, shrimps and other aquatic life lay eggs and hatchlings.

He said that mangroves protect coastal communities and cities from storms and sea earthquakes and tsunamis. If the destruction of mangroves continues in this way, sea earthquakes and storms can cause irreparable damage to the city. Spokesman Coastal Media Center said that the provincial government has to ensure measures on an emergency basis to save the mangroves.