The gems in the picture were found in a plane crash in 1966 and were discovered in 2013. Photo courtesy of the Mont Blanc Mountaineering Organization Facebook page

Paris: A mountaineer who discovered precious gems from a famous mountain in France has been declared the owner of half of it after eight years.

In 2013, a French climber found a significant amount of these sapphires and emeralds on the famous Mount Blanc. They are now valued at 168,000. Despite eight years of continuous search, the real owner of these gems has not been identified, the reasons for which are given below.

The French municipality has since declared the explorer the owner of half the diamonds, and the Shamni Mont Blanc Mountaineering Council has officially announced it. But the story of these jewels is very interesting. 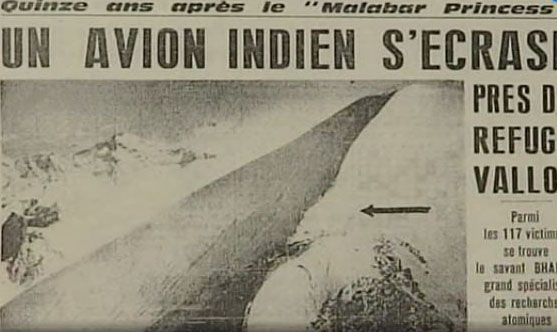 In 1966, an Indian Airlines Air India plane was passing by when it crashed. The unfortunate plane had these jewels which belonged to a passenger. Decades later, the jewels were found in 2013 by a climber who was handed over to the government. Half of it will now be donated to the Shamni Crystal Museum, and the other half will go to the explorer.

Prev
Bank of Canada could raise rates by mid-2022

Bank of Canada could raise rates by mid-2022

An important step against Islamophobia, Pakistan has achieved great success in In Mayenne: An 11-year-old boy calls firefighters to save a seagull trapped in a net.

Photos: File The woman gave birth on a flight from Japan

Ken Tanaka recently celebrated his 119th birthday and was named the