A Pakistani couple stranded on the Pak-India Wagah Attorney Border named it ‘Border’ after the birth of their child.

According to Indian media reports, Nimbo Bai and Balm Ram are from Rajanpur, Punjab.

Balam Ram told Indian media in an interview that he had come to India on a yatra besides meeting his relatives along with 98 other citizens before the lockdown.

He said that he was facing difficulties in returning to his country Pakistan as he could not go home at present due to lack of required documents.

According to Balm Ram, a baby was born on December 2 at his house on the border, which was also named ‘Border’.

It should be noted that before this another Pakistani citizen Laga Ram had given birth to a child named Bharat. Laga Ram had gone to Jodhpur, India in 2020 to visit his brother and has not been able to return home till now. ۔

Prev
Petrol prices will be reduced in the coming weeks, says Shaukat Tareen

Petrol prices will be reduced in the coming weeks, says Shaukat Tareen

We are not Imran Khan who cuts his own ribbon on someone else’s work:

In Dreux, place your child’s wish in an urn … With a little luck, it will come true

Through Inès Genetay Published on 22 Dec 21 at 17:20 News Chartres See my news by the Laurent Rebours Published on 28 Nov 22 at 19:53 Charters News Check out 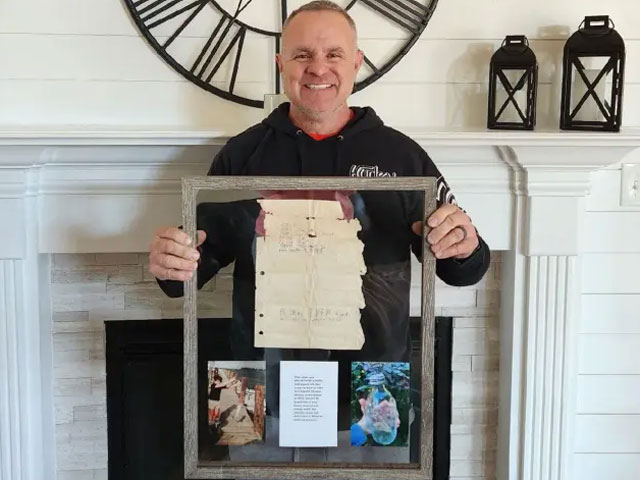 (Image: Internet) Florida: 37 years after a family in America found a message