The letter further stated that during his address, the Chief Justice discussed the pending cases, made unnecessary and insulting remarks about the present and former officials of the Supreme Court Bar Association, he criticized the work of the Judicial Commission of Pakistan. And also mentioned the decisions which were most inappropriate and unreasonable, the Chief Justice has disrespected the decision of the Judicial Commission regarding the appointment of judges.

According to Justice Qazi Faiz Isa and Justice Sardar Tariq Masood, both of them were sitting on the right and left of the Chief Justice during the speech, but to protect the dignity of the ceremony, they remained silent during the speech of the Chief Justice, as their speech was published in the media. It has happened on a wide scale, so we are forced to give this explanation.

He sent a copy of the letter to Acting Registrar Supreme Court and Acting Secretary Judicial Commission and directed that this letter should be released to media with Urdu translation. 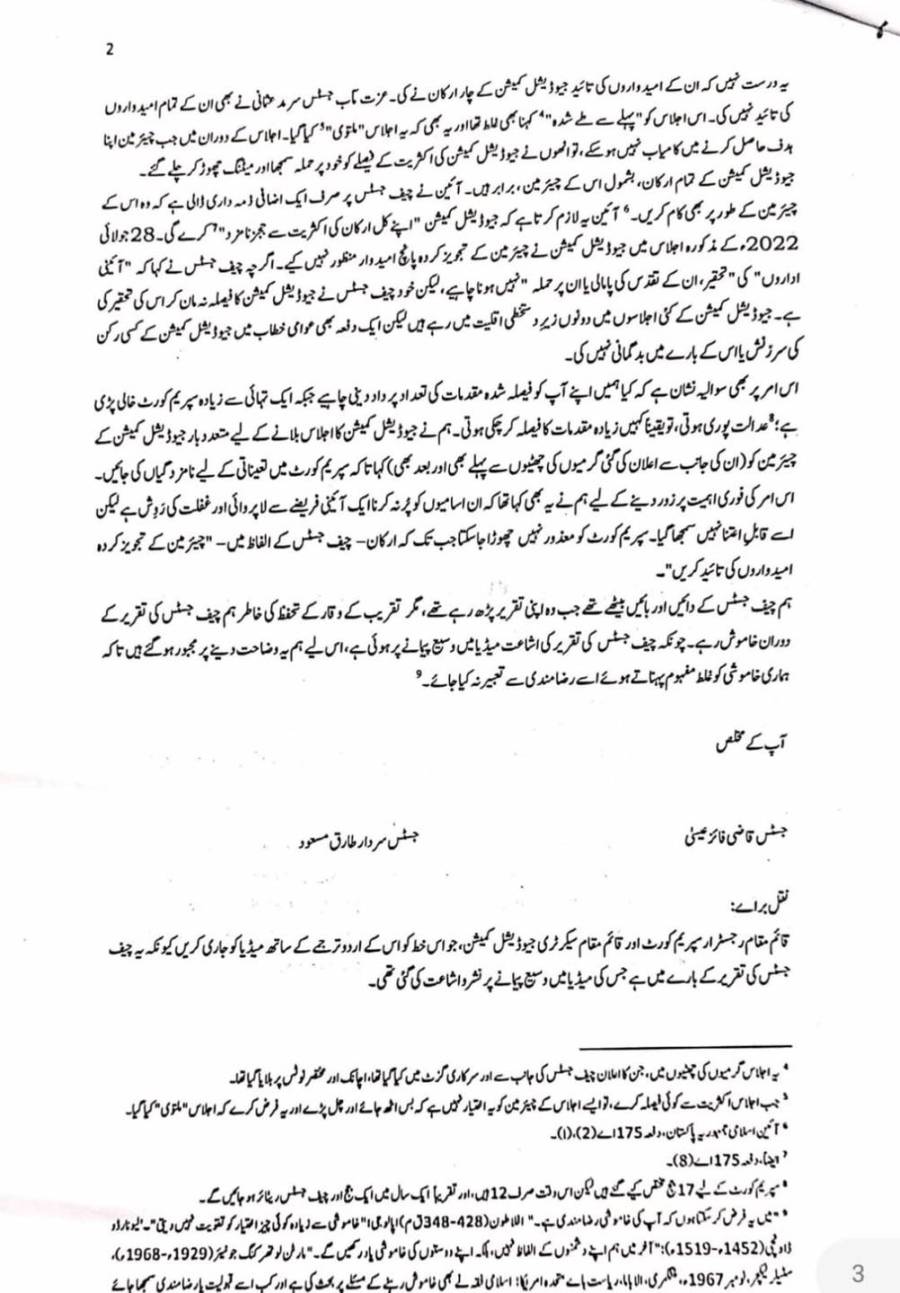 Government’s decision to continue with the Billion Tree project

‘I had a copy of the cipher which disappeared somewhere, Imran Khan’s statement

After the arrest warrant was issued, Shibli shared a picture of Imran Khan feeding a dog