No BoE rate hike to be expected despite falling unemployment


Key points of the article on GBP / USD :

The pound sterling moves into equilibrium on Tuesday following a mixed employment report that leaves little chance of a Bank of England (BoE) rate hike on Thursday despite soaring inflation. Indeed, the unemployment rate fell as expected to 4.2% in October, but job creations increased by only 149,000 between August and October, while the consensus was counting on 228,000.

In reality, these figures could be enough for the BoE to increase its key rate given the low unemployment rate and the galloping inflation to 4.2%, but the appearance of the Omicron variant compromises this scenario. The Central Bank Committee should be cautious in keeping its monetary policy unchanged as the government has just raised the state of emergency to level 3 out of 4.

The BoE will most likely wait until its next meeting in February to raise rates, if the health situation and the economy allow. In any case, this is the opinion of market operators who anticipate a first rate hike by the BoE in February.

In addition to the inflation and employment figures, evolution news of the health situation in the United Kingdom will fuel investors’ expectations of rising interest rates and therefore the evolution of the pound sterling on the foreign exchange market.

GBP / USD trend is bearish, but risk / reward ratio is against sellers

From a technical analysis perspective, the underlying GBP / USD trend has turned downward since November after the exchange rate broke support at $ 1.3567. The GBP / USD now seems to be moving in a descending channel and currently seems to be flirting with its lower bound, which implies that the risk / return ratio is to the disadvantage of short-term sellers (despite the fact that the rate of changes or in a downtrend).

It will probably be better to wait for a rebound to the top of the channel or the old support at $ 1.3567 to eventually position in the direction of the underlying trend. If the decline continues in the short term, the next supports to watch will be the symbolic threshold at $ 1.30, then the September 2020 low at $ 1.2674.

The next key exchange rate appointments will be the Fed’s monetary policy decision on Wednesday and the BoE’s on Thursday. Market participants are already expecting Fed tapering to accelerate, so it is mainly the new FOMC projections that will influence the exchange rate. On the BoE’s side, the market is not expecting any rate hikes on Thursday, so a standstill should not add much to the exchange rate decline. On the other hand, a rate hike by the BoE would be an unexpected decision which would therefore have a very bullish impact on the GBP / USD in the short term.

Prev
Due to fog, various parts of the motorway were closed to traffic

Due to fog, various parts of the motorway were closed to traffic

Due to fog, various parts of the motorway were closed to traffic Lahore (Daily

Next
Kamran Akmal withdraws his decision to withdraw from PSL

Kamran Akmal withdraws his decision to withdraw from PSL

Kamran Akmal said that Peshawar Zalmi is my family 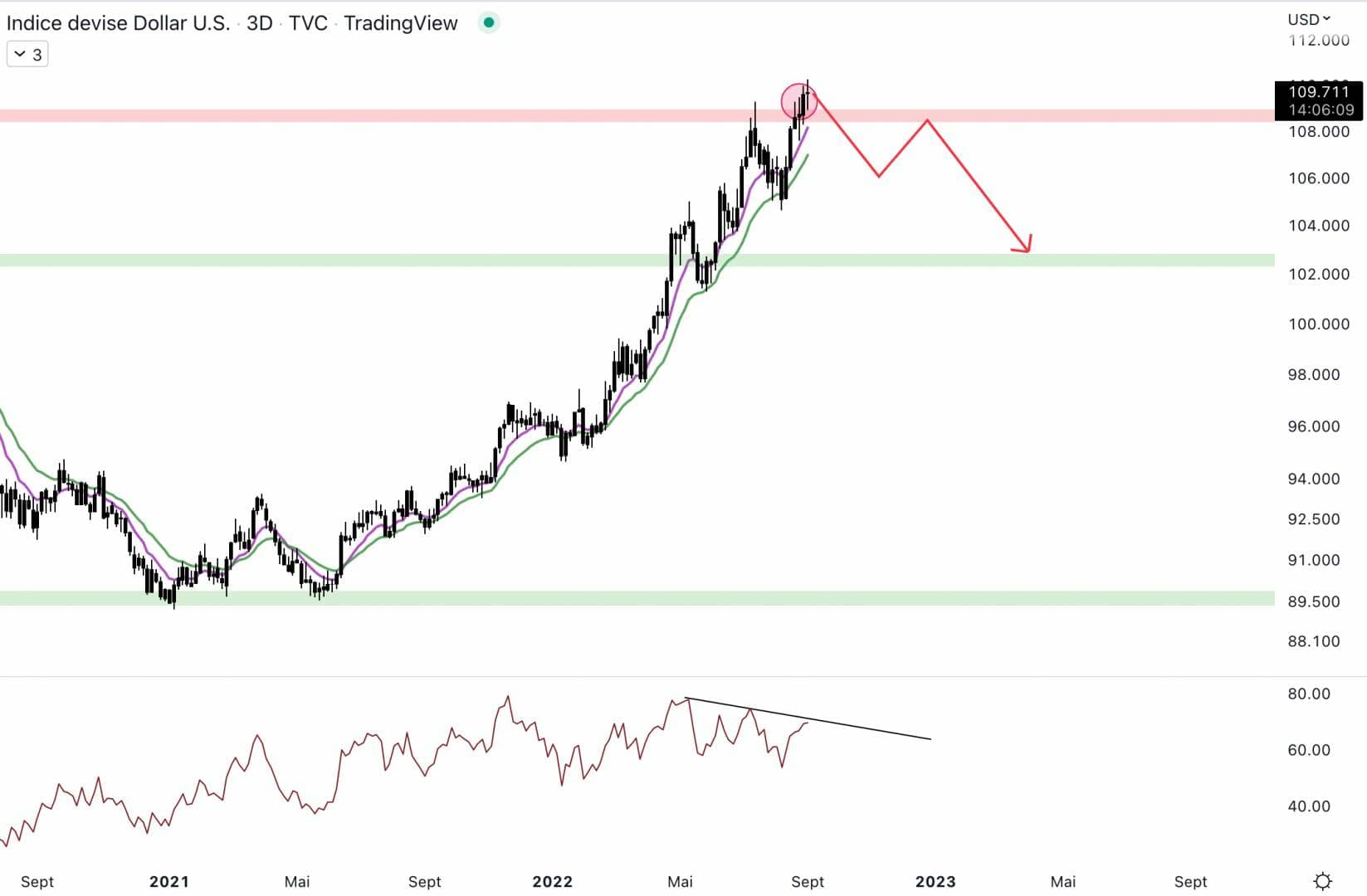 Macro Hebdo update: Bitcoin and the US market on support – Rise ahead?

Increase in the value of the dollar in interbank

At the close of business last week, the value of the dollar increased marginally