Mystery on Île Saint-Louis in Paris: who is the headless woman?

Chic Saint-Louis Island in Paris conceals a strange statue without head and without torso at the corner of rue Le Regrattier and quai Bourbon in the 4th arrondissement. Just below is the inscription “rue de la Femme sans Teste”. Elementary my dear Watson ! Well no, this statue is not that of a woman. We explain to you.

Woman without a head but a glass in her hand

First of all, a little backtracking. The part starting on the quai de Bourbon up to the rue Saint-Louis-en-l’Île was first called “rue Angélique” then “rue de la Femme sans Teste” (the old spelling of “tête “).

This name, still engraved in stone at the corner of the Quai de Bourbon, had nothing to do with any beheading but actually came from the sign of a street cabaret representing a woman without a head but a glass by hand. All of this accompanied by the motto “everything is good! “A slogan and an image which logically would not necessarily have their place in the 21st century …

It was finally by an ordinance dated December 9, 1838 that the rue de la Femme-sans-Tête and the rue Regrattier, which were then two distinct streets, were aligned. But what about our statue?

This is not that of a woman but that of Saint Nicholas, the patron saint of sailors. According to legend, he rescued the crew of a ship that called on his name in the storm.

At number 6 of the street, lived in 1793, Coffinhal, a lawyer and revolutionary from Auvergne. He does not have much longer to live but he does not know it yet … Appointed judge of the Revolutionary Tribunal, when it was created on March 10, 1793, this friend of Fouquier-Tinvillea, the public accuser, stands out for his zeal and his intransigence. At a time when religious symbols were destroyed, it was he who vandalized this statue of Saint-Nicolas.

A year later, Coffinhal will end his life in Place de Grève, a victim of the Thermidor purges.

In 1868, the two sections were merged under the name “rue Le Regrattier” in homage to François Le Regrattier, treasurer of the Cent-Suisses, in charge of the Île-Notre-Dame subdivision in the 17th century.

The first flight of the evening wings reached Karachi, the Civil Aviation 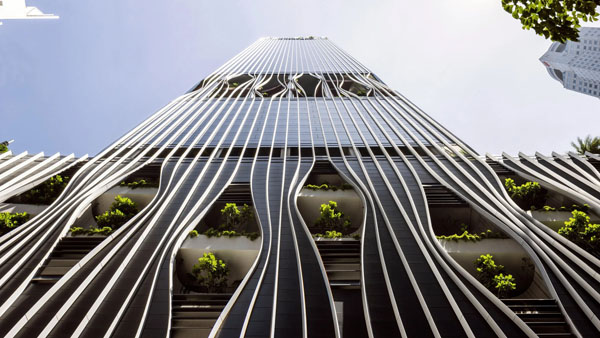 Inauguration of the tower with 80 thousand plants and trees

A 280-meter high tower has been built in Sangung, with 80 trees and posh on the sleeve One ewe gave birth to four lambs, an event that has become rare.

through Jean-Philippe Masseau Published on 14 January 23 at 14:30 Channel Press Ambrieres-les-Vallées. Thanks to their cattle channel, Loïc Mauny’s cows see the end of the tunnel.

by the Mayenne mail writing Published on 6 November 22 at 20:29 Mayenne Courier

Cotentin: childminder, Virginie transports her little ones in a scooter

Through Corinna Gallier Published on 7 Feb 22 at 7:44 The Channel Press See my