The film ‘Joyland’ was also presented at the 46th annual Sao Paulo International Film Festival in Brazil, where more than 240 films from other countries were also screened.

The Pakistani film bagged the second major award at the festival while the film’s actor Ali Junejo bagged the award for ‘Best Jury Mansion Actor’ out of more than 240 actors.

Posting the story on Instagram, the film’s director Saeem Sadiq also congratulated Ali Junejo for getting the award. 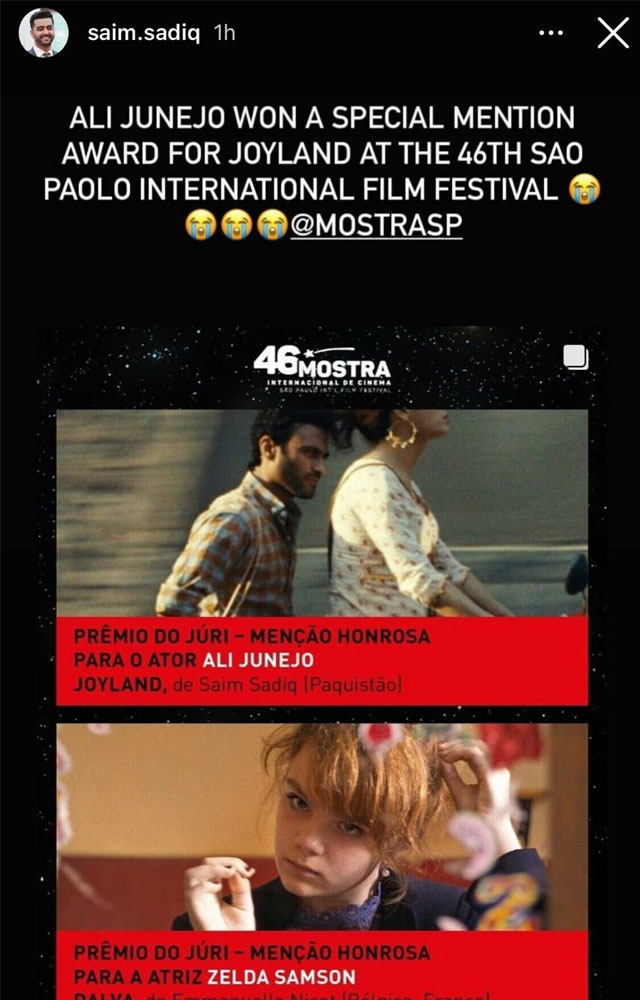 ‘Joyland’ has not yet been released in Pakistan, but by releasing its teaser, it has been announced that it will be released in theaters on November 18 this month.

The Pakistani committee has selected the film for the Oscar foreign film category and the film will compete with films from 90 countries.

Joyland has so far been screened at the Cannes Film Festival including the Toronto International Film Festival and has won several awards.

Sunil Dutt’s father didn’t believe him when he returned the loan, Aamir remembers the difficult days.