Green line was on paper in PML-N era, we completed it: Fawad Chaudhry


Karachi: Federal Minister for Information and Broadcasting Fawad Chaudhry has said that during the PML-N era, the Green Line project was only on paper, we not only put it into practice but also completed it.

Talking to the media on the occasion of attending the International Urdu Conference at the Arts Council, Fawad Chaudhry said that alternative rhetoric is necessary to save the youth from extremism.

He said that Urdu is one of the few spoken languages ​​of the world, Urdu is a great help in describing drama, film and poetry, we want our poets to emerge.

Criticizing the political opponents, the Federal Minister said that who knows better than the people of Karachi how much the PML-N and PPP are in the water. Planned to do

Fawad Chaudhry said that this project was on paper in the era of PML-N, we gave it a practical form, the Green Line project has been completed in our era.

“On the one hand we say there are no jobs and on the other we do not get trained people,” he said.

Prev
‘Girlfriend had to give expensive gift’, robber who snatched iPhone told police

‘Girlfriend had to give expensive gift’, robber who snatched iPhone told police 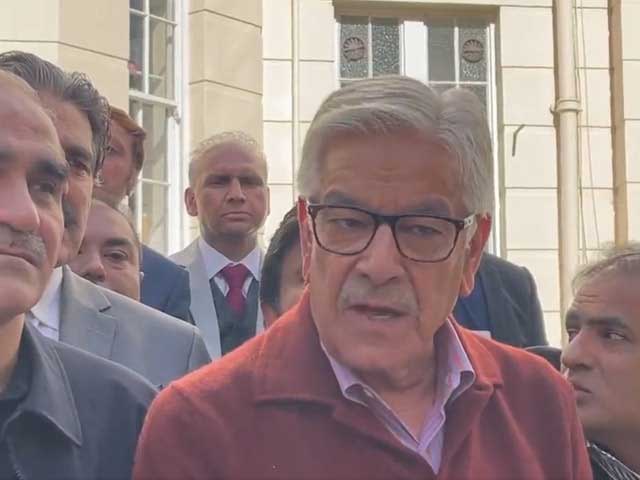 The name of the new army chief will be revealed by Wednesday, Khawaja Asif

Islamabad: Defense Minister Khawaja Asif has said that the name of the Army

Puppets of the establishment staged a spectacle on Bibi’s anniversary: ​​Fawad Chaudhry

To gain power, Zardari and his sons became facilitators of every shameful attack

Arrival of PPP delegation in Jamaat-e-Islami sit-in, announcement of committees for talks

According to Imran Khan, the shop where the gifts were sold was found by Geo News

According to former Prime Minister Imran Khan, the shop where the gifts were